The Anti-assault mine PDM-1С is designed to destroy all kinds of assault vessels and vehicles, such as assault motor boats, tanks, and light armored vehicles in seas, rivers or lakes. It is made of high corrosion-resistant materials (stainless steel and plastic) and can function in salt waters. On the mine’s anchor are mounted mechanisms which ensure stability during sea storms. The mine is easy to lay when building controllable mine fields and can be placed by а minelayer. The mine’s warhead PDM-1C has an explosive mass of 12 kg TNT equivalent. The mine is equipped with а sensor system which includes acoustic, magnetic, contact and noncontact sensors. The contact sensor has а mechanical appliance which maintains а constant depth of submersion during high and low tides.

The fuse is of а noncontact type and is operated by means of а programming device set to control all operations such as switching on/off, neutralization and self destruction.

The fuse rises to the water surface when neutralized. 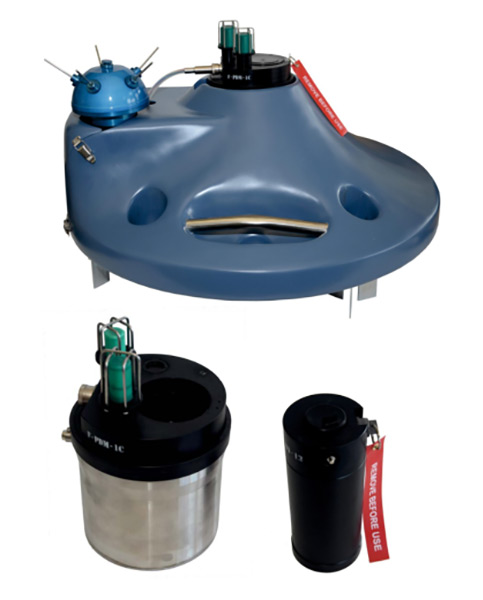 For any further information, please
Go to Top