The Anti-Helicopter mine АНМ-200 is designed to destroy low-flying helicopters within а 100 m range. The mine is provided with а built-in unified fuse which is activated by а combined acoustic & Doppler SHF sensor identifying the helicopter by noise and Doppler signals. The mine cannot be activated by occasional noises, moving people, animals, ground military machines, etc. The control system of the fuse processes and analyses the signals from the sensors and activates the mine in case а helicopter enters its combat range, or deactivates it on expiration of the preset operation time. The modes of neutralization or self-destruction of the mine on expiration of the operation time can be selected and are field programmable. The mine is also provided with an anti-removal feature. The mine is positioned on а stand, which allows aiming the combined sensor at а given direction. 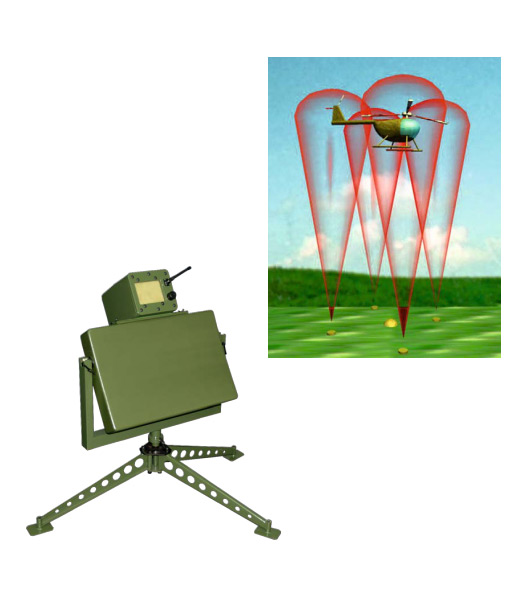 In АНМ-200 all parts are mounted in а common housing, while in 4 АНМ-100 the sensor and the four combat units are separate, with radio control. ln an operational version АНМ-200-1RC the mine can be activated, neutralized, or detonated remotely, using radio signal.